The U-14's kicked off the day at 8 am! Our U-14 Blue team started the day off with a win against PAAC putting them down 3-1 with goals from #12 Ava Hersberger & #32 Ava Avampato. With U-14 Blue moving up to the top division they were in for some tougher competition than they're used to. The second game against Panthers United ended with both teams finding the net once but the third game against Warriors proved too much as they held us scoreless whilst putting in 3 of their own. They bounced back in their final game against Koa! Winning the high scoring game 4-2. #12 Ava Hersberger earned herself a Hat-Trick with Captain Sophia Hersberger getting one herself. A great team effort with our last tournament before Nationals. Even after moving to the top division they still earned 2nd place in the pool!

U-14 White had a great performance in their 3rd ever Indoor Tournament. It has been great to see the effort & energy of the team, totally unrecognisable from the first team practice! The day started off against Greene Turtle. After a hard-fought game where both teams had their chances, Greene Turtle came away with a win after they slotted one home. The next two games were both dropped by 3 goals & the final one by the travelling Connecticut team HTC by a score of 0-5. Hard fought day with lots of progress! Congratulations on a successful season U-14 White!

The U-16's took to the courts in the early afternoon. With three teams in this age group, the day gets busy, especially with all 10 courts being played on from 8 am-9 pm. U-16 Blue was also moved into the top division to prepare for Nationals at the end of February. A big shock to the system going up against AGH who eventually went undefeated to win the entire tournament. A slow first 10 mins ended with us looking straight into a 3-0 deficit. Getting shoved into the right mindset we battled back & didn't let another goal in the rest of the game whilst also earning their own chances. #12 Ava Hersberger netted a Penalty Stroke, ending the game down 1-3. The next game was against NJ Strarz's top team. Going up against tough opposition we kept our structure & pressured them at one time going up 3-1. They came back but the pressure was enough to withstand as the game ended with Venom the victors at 3-2! The third game against HTC Shock was another tense battle. The Connecticut team had great skills but we held strong to win the next game 2-1 going into the final game of the day in great spirits raring for the next challenge. HUSEL was our last game of the day, by this game we are at full speed & we dispatched them easily 4-0. After the first hurdle, they came back to beat the rest & took 2nd place in the tournament in the top division! Congratulations & good luck at Nationals!

U-16 White also moved up a division to keep our season progression along. A tougher day against tougher opponents. The progress we have been making has been astounding even if we didn't win a game on Saturday. A great day especially for Goalkeeper Rylee Branscum celebrating her birthday with us at a Venom tournament! Happy Birthday & Congratulations on an awesome season U-16 White!

U-16 Gold had a similar day as U-16 White with some of the U-14 Blue members playing up an age division. Although they dropped every game #15 Mia Brinkley got a goal against Ballyhoo 3 to ruin their shutout. Fantastic progression especially with U-14's playing up a level. We cant wait to see your progression into Spring!

In the late afternoon to the early evening the U-19's kicked off their 3rd tournament & U-19 Blue played first. U-19 Blue was in for the same treatment that U-16 Blue was going up against AGH. Playing the well-drilled club was a tough task, one that at times looked like it could be overcome but the team from Connecticut kept pushing & they lost the first one 0-8. After the rude awakening, they kicked it into gear & the rest of the tournament was much closer. Even though they didn't end up with a win the ladies started scoring and were only losing the games by one or two goals. Congratulations for your goals this tournament #91 Georgia Eson,  #37 Ally Barcaskey, #12 Ava Hersberger & #61 Raina Dodson. Well fought especially after playing in the top division tournament & good luck in Richmond, VA at Nationals!

U-19 White kicked off the campaign with a hard played game against NJSTARZ they ultimately lost the first one only by 1-0. They found their resolve in game two by tying Milford Maniacs 1-1. The final game of the pool play was against PAAC Pink where they put in 5 goals to win the game 5-1. They were then in the 3rd place playoff game against PAAC Pink where they equalled their previous performance by winning again by 5-1. Congratulations on ending the season on a high note!

U-19 Gold started the day by winning the first game by 5 goals against Velocity but then ran into the tougher competition against HUSEL & they tied the second game 1-1. The third game against High Voltage Gold proved too much for the defence & they dropped it 0-4. Some redemption in their final game against Zebra Hawks as they tied it 2-2. Great performance by U-19 Gold and these scores have been getting better & better as the season has gone along. Well done this season!

Congratulations everyone for their performance by representing us on the court! All of your hard work & commitment has truly made us the best club in Western PA!

Good luck everyone travelling to Nationals this season! Its the first time ever Venom will be represented at all three National Indoor Tournaments! 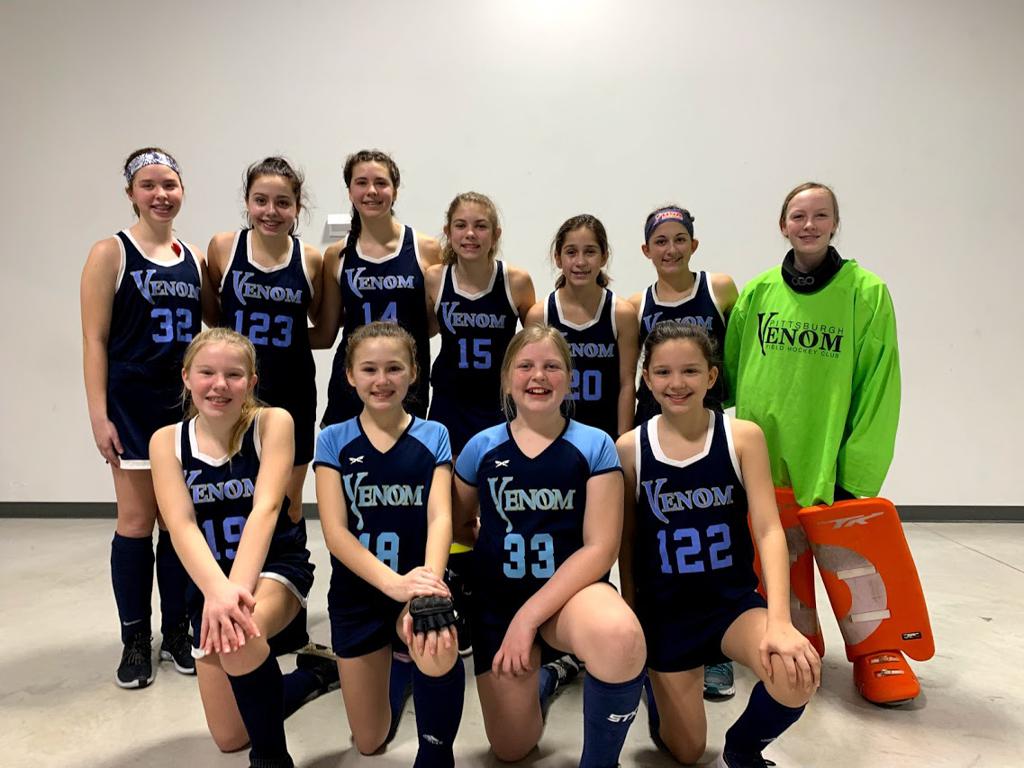 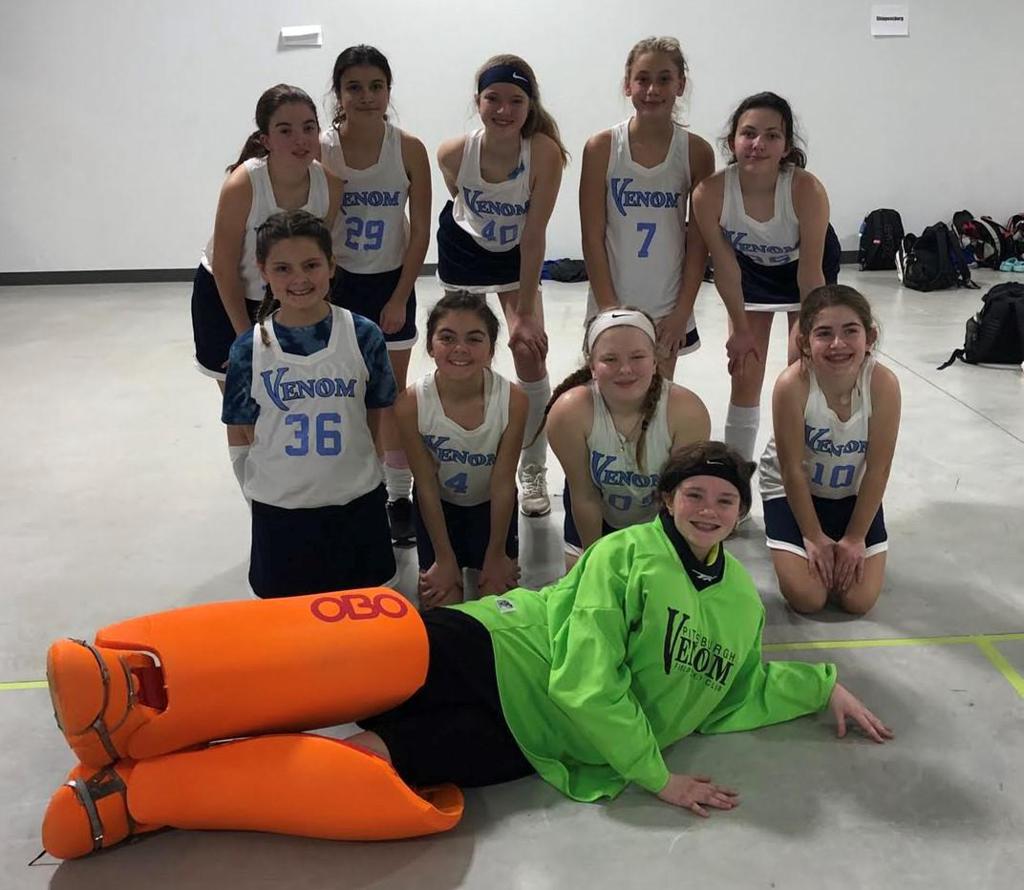 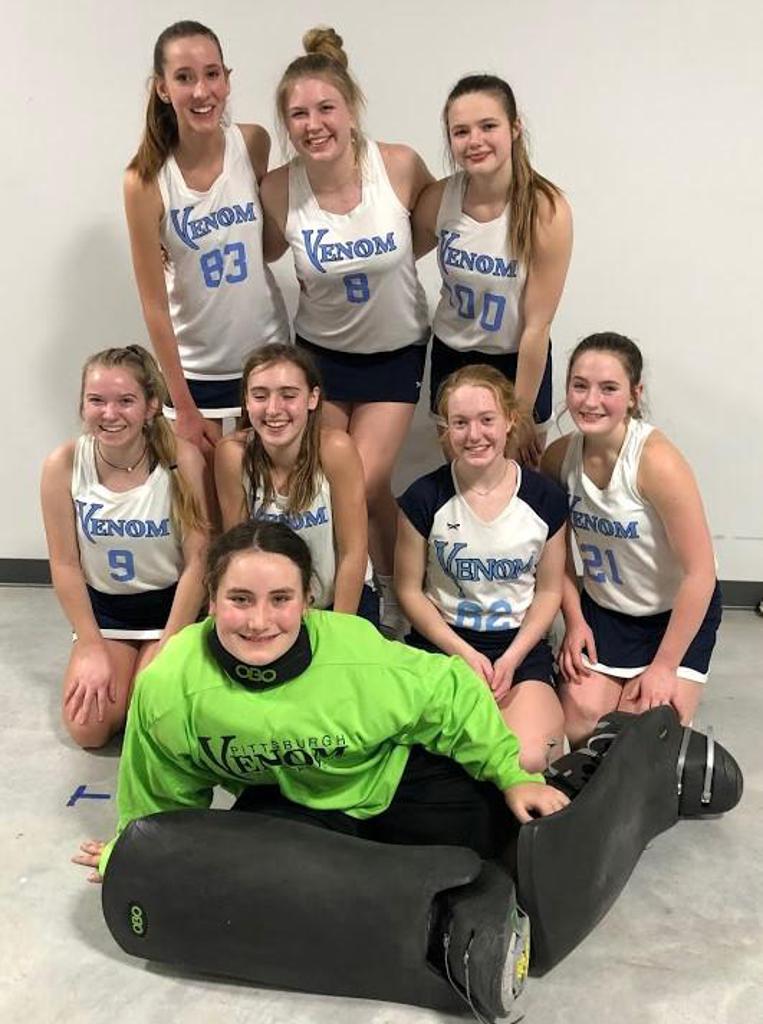 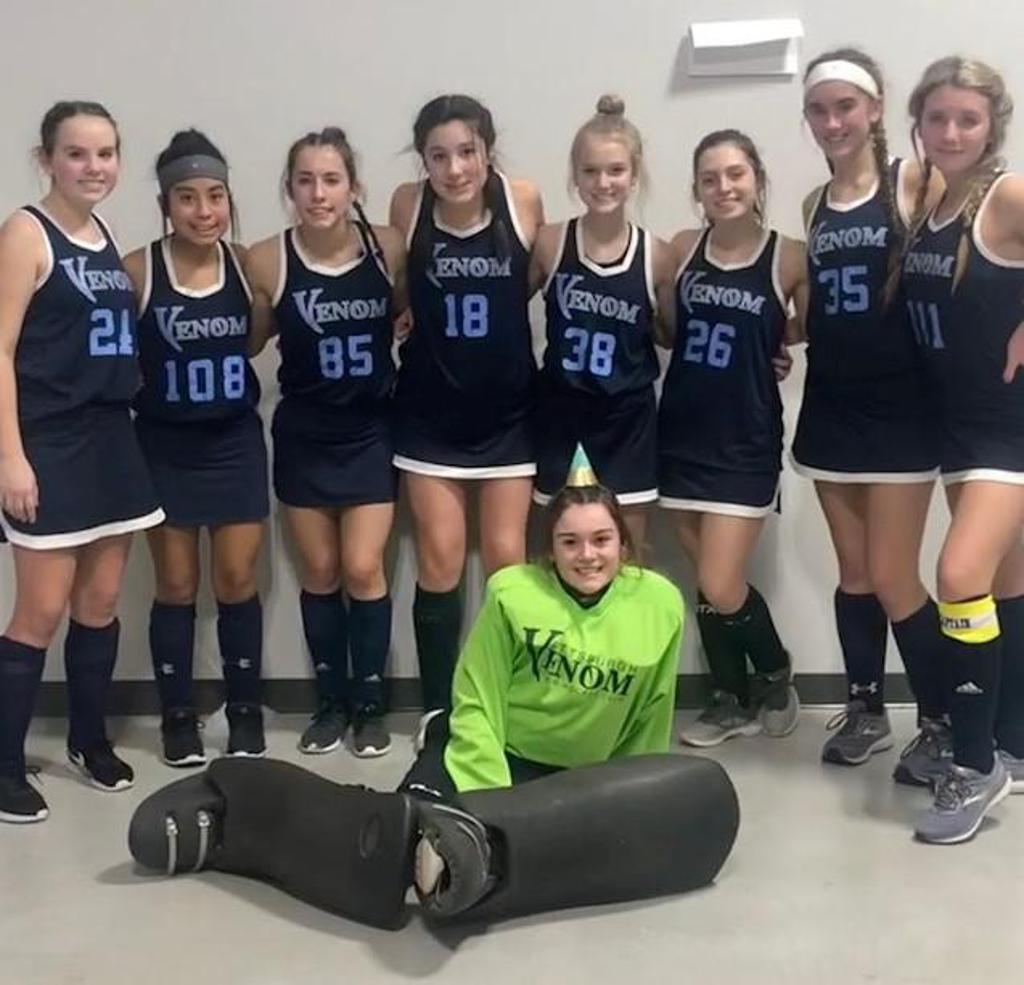 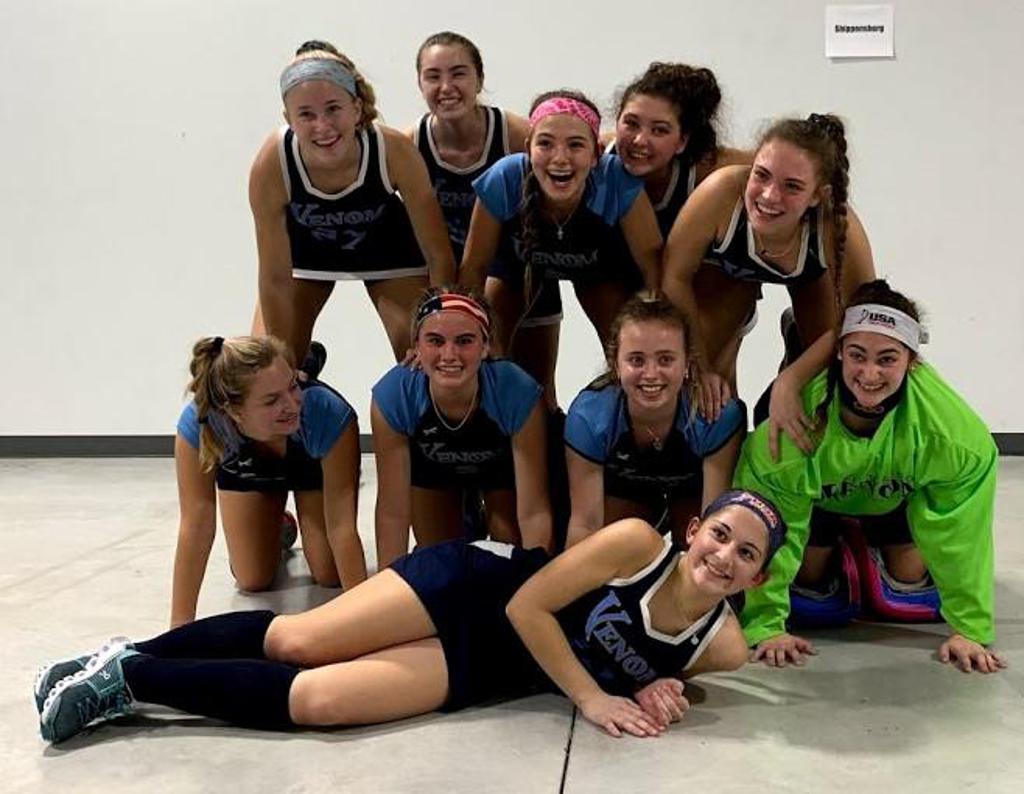 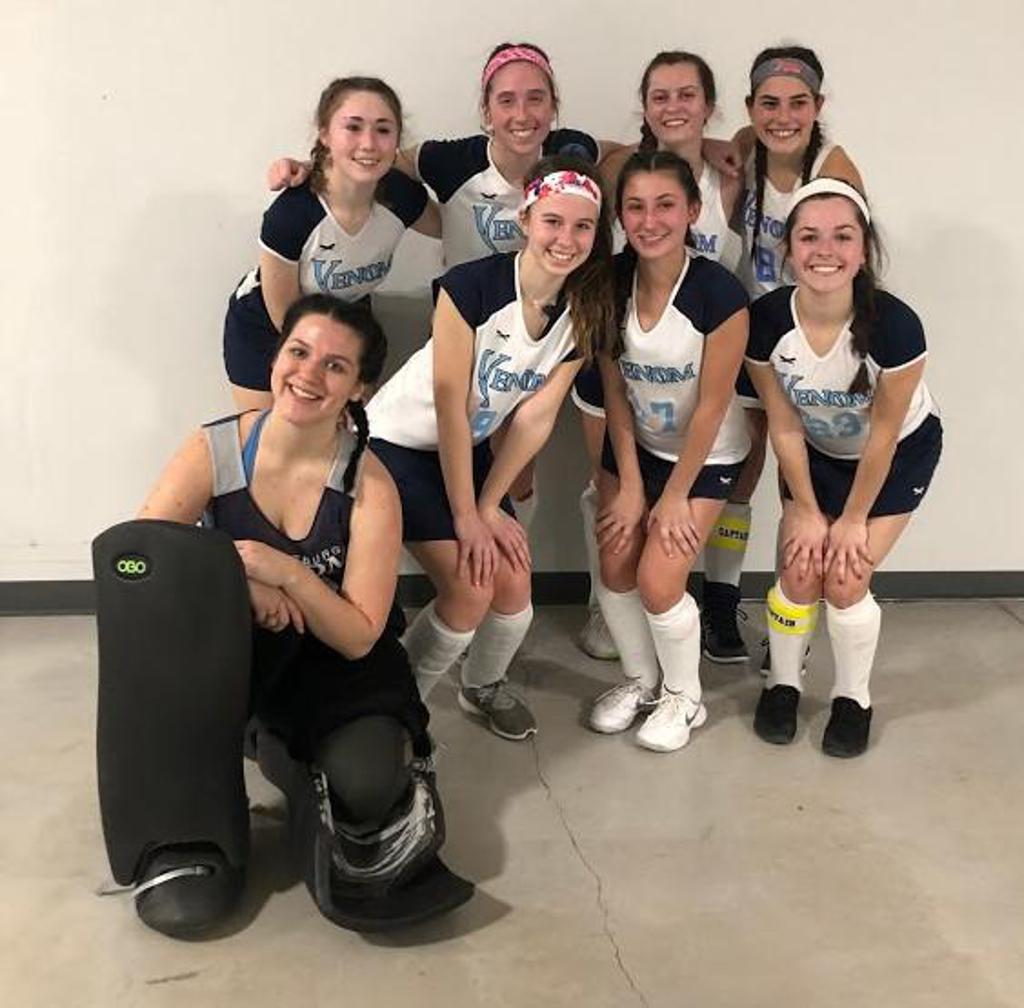 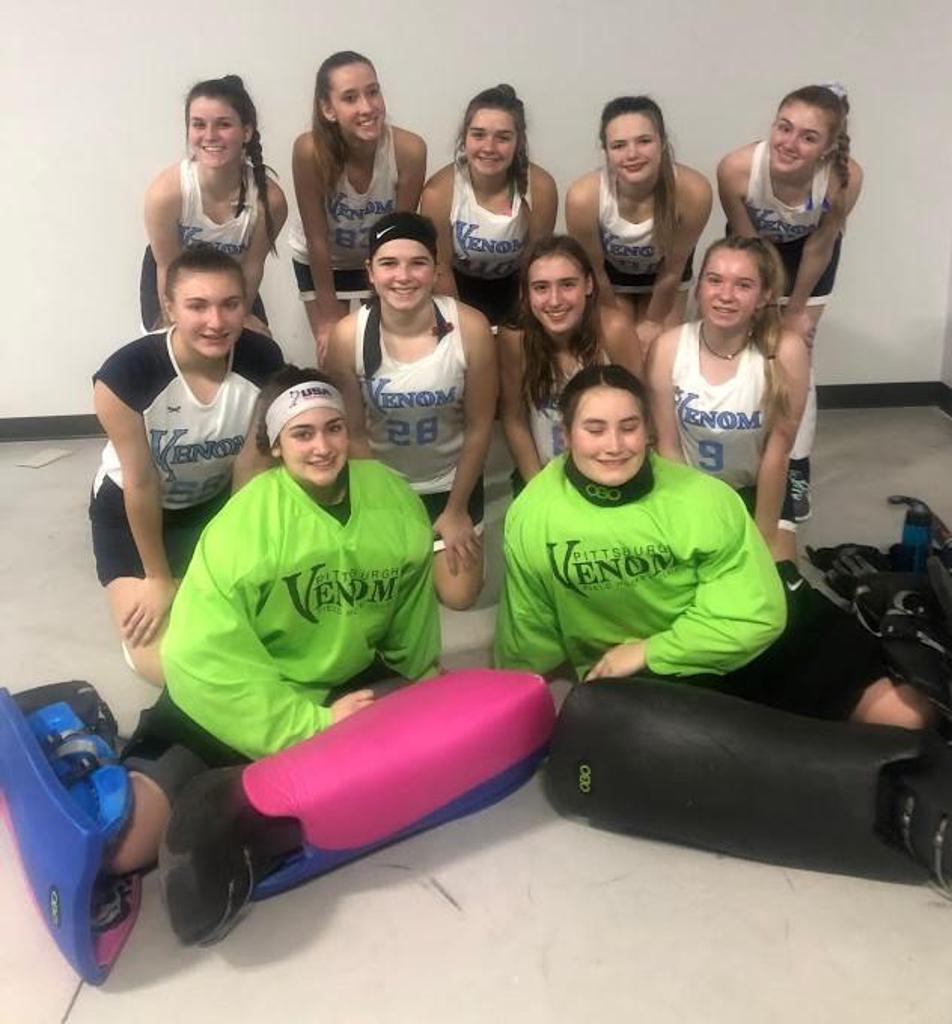